How ADS-B Technology will revolutionize your flight training Aviation is an industry that has seen many technological advances. Once in a while a technology arrives that truly revolutionizes the way we fly. The internal combustion engine allowed flights to no longer depend on gliding through the air. Gyroscopic instruments allowed pilots to fly without visual references to the ground. Jet engines allowed airlines to carry people and cargo farther and faster than ever before. Satellite navigation allowed pilots to fly quicker and more efficient routes. In 2020 comes a new step in this technological evolution: ADS-B.

There’s been a lot of talk recently about how the current air traffic system could be better. Complaints include enormous traffic congestion, limitations of ground-based radar, inefficient routes that pilots must follow, and limited access to weather updates. For years now the FAA has been attempting several modernization efforts to bring the National Airspace System to a more efficient standard and address some of the concerns listed. These various efforts were all grouped under the umbrella term Next Generation Air Transportation System, known simply as NexGen. One successfully implemented NexGen component, ADS-B, has resulted in increased availability and usage of satellite based navigation, in addition to giving pilots the ability to have the same information as air traffic controllers regarding traffic along with access to in-flight weather information, all at a relative low cost. This technology in particular would largely achieve the goals of modernizing the National Airspace System and bringing critical information to pilots. A quick summary of how ADS-B works

ADS-B stands for Automatic Dependent Surveillance-Broadcast. ADS-B units are similar in purpose to transponders and radar in that they will allow air traffic controllers to see an aircraft’s position, identification, and altitude. What differs is the way this position is obtained and that, in of itself, is quite remarkable.

The old tech was a transponder and a ground-based radar station. The radar signal would reach the aircraft, bounce back to the station, and an air traffic controller would see the aircraft appear as a target on their scope. The transponder would also send back a signal carrying the aircraft's identification and its altitude. As these signals go back and forth, the radar station would then determine the aircraft’s movement. ADS-B transmits the aircraft’s position and movement based on GPS signal, doing so automatically without any interrogation signal from a ground-based system. This is why the words automatic and surveillance-broadcast appear in the acronym. The word dependent refers to the fact that ADS-B depends on an aircraft’s navigation system for position information (GPS).

Why is it important to aviation?

At first it sounds like ADS-B is just a fancier version of a transponder, but it really isn’t. The really interesting thing is that while ADS-B units broadcast aircraft position and identification information, other ADS-B units can receive this information as well and display it to pilots.

The problem with this service is that it depends on surveillance radar. In other words, when an aircraft flies out of radar coverage that offers TIS, the traffic alerts stop. Additionally, the service is limited to certain types of onboard equipment. For instance, an aircraft may be equipped with the appropriate transponder but no GPS unit capable of displaying traffic information. Since the equipment is costly, many general aviation airplanes don’t have TIS alerts. ADS-B will not only bring traffic alerts to more pilots, it will do so independently of radar coverage and at a lower cost. One of our students working with the Garmin-430

To illustrate how great this is, imagine going cross-country and having traffic alerts on the older onboard GPS unit until TIS becomes unavailable once you fly out of a radar coverage area. Although legally you are required to “see and avoid”, it’s very helpful to have traffic alerts. With ADS-B, you’ll be able to have traffic information even when flying outside of radar areas with TIS.

Oh no, ADS-B has some other capabilities in addition to traffic surveillance that are of particular use to general aviation pilots. Take weather information, for instance. Once airborne, obtaining in-flight weather updates requires either contacting Flight Service or relying on ATC weather updates. Since controllers can get busy, ATC weather updates may not be sufficient for many general aviation pilots. Additionally, contacting Flight Service from the air sometimes involves tedious radio procedures and only delivers weather information by voice. In short, pilots don’t get pictures of the weather--just verbal descriptions over the radio. A quick glance at radar images of precipitation areas can be all the difference between continuing a flight or making a diversion. With ADS-B, pilots can download weather information while mid-flight and view it on equipment in the cockpit such as a GPS unit or even on a connected iPad equipped with ForeFlight. Pilots flying will be able to access weather radar images, aviation reports such as METARs and PIREPs, and hazardous weather bulletins such as SIGMETs. Even NOTAMs will be available to pilots while in the air. Keep in mind that prior to ADS-B, this information was only accessible prior to flight or by radio. Even NOTAMs can be viewed while in flight

What does it mean for flight training?

Firstly, pilots will have increased situational awareness and that’s a big deal for flight training. Although mid-air collisions have been on the decline for many years, ADS-B has the potential to make these unfortunate accidents almost non-existent. As the world continues to demand more pilots, flight training practice areas have steadily become more saturated. Radio frequencies can only handle a limited number of radio calls from pilots before becoming unusable. ADS-B traffic alerts will definitely be of great use in increasing safety in practice areas.

Having in-flight access to visual weather data can help inexperienced student pilots make better decisions. This can help students avoid unnecessary diversions or to make a necessary landing when otherwise tempted to continue flight. Other information such as TFRs can be displayed visually and help student pilots better visualize their position relative to these prohibited areas.

One particularly exciting feature is the ability to track any flight regardless of radar coverage. This is significant to instructors who are sending student pilots on solo cross country flights. Flight schools will also be able to track all flights in real-time, regardless of who is flying the airplane.

With all these capabilities some folks might wonder how much does ADS-B cost. Here’s the good news: it’s free! The only thing that needs to be purchased is an ADS-B receiver.

Once upon a time, regulators made it mandatory that all aircraft be equipped with transponders while operating within certain airspaces. At first this was met with resistance from many aircraft owners, but now flight without a transponder seems almost unthinkable. It seems history repeats itself as regulators are mandating that aircraft be equipped with ADS-B and once again many aircraft owners are resisting the change.

New regulations have been written covering ADS-B requirements, but in short any airspace that required a transponder will now require ADS-B capabilities. In particular, 14 CFR § 91.225 and 14 CFR § 91.227 are the regulations governing this new technology. In short, the deadline for those aircraft operating in areas requiring ADS-B must be equipped by January 1, 2020.

What will they think of next?

That’s an interesting question, though we’re all still waiting for electric airplanes. Our fleet is slowly already getting upgrades with ADS-B technology. 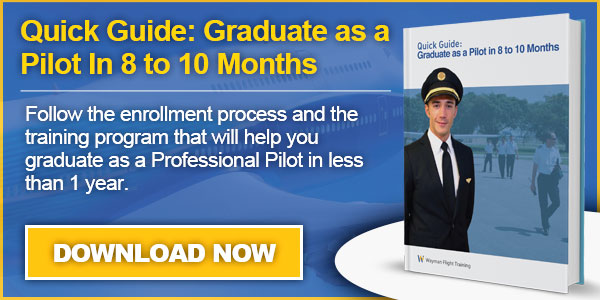